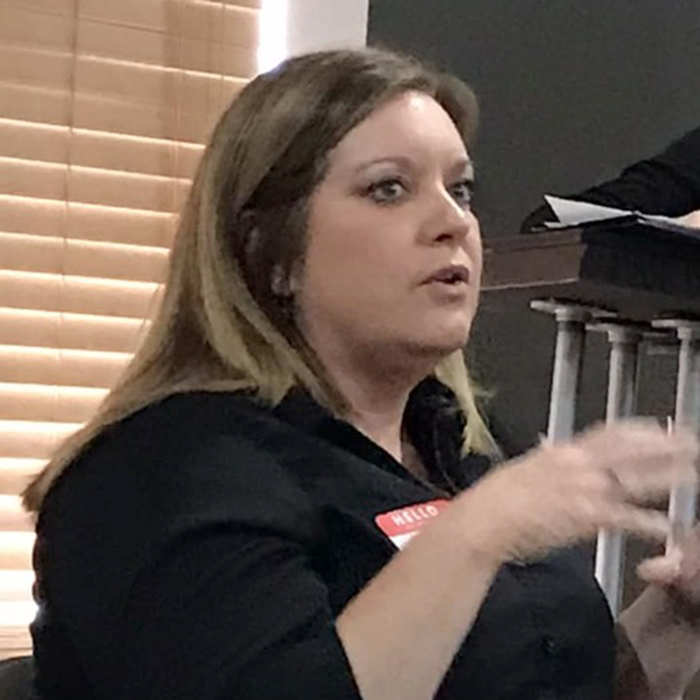 At its fall meeting, Ohio Women for Missions enjoys an International Tasting Fellowship.

ELYRIA, Ohio—Ohio Women for Missions held its fall meeting Oct. 23 at First Baptist Church. The meeting occurred in conjunction with the three-day fall conference of the Ohio Association of Regular Baptist Churches.

OWM has existed since 1929 to support, pray for, and promote missions. One way the group supports missions is to adopt yearlong projects. Since last fall, the women have been raising funds for Mark and Jennifer Holsinger, missionaries in Nicaragua who focus on children’s ministry. At their recent OWM meeting the women learned that they had exceeded their goal of $10,000 by giving $13,569.72. The funds will go toward the operating costs of Rayitos Feeding Center in Tangara, Nicaragua, which feeds more than 400 children each week.

Sending their thanks to the women of OWM, the Holsingers say that Rayitos “is an amazing ministry that allows us to reach kids. We cannot adequately express in words how much it means to us that you come alongside and partner with us.”

Linda Pausley, wife of OARBC State Representative Chuck Pausley, encouraged the women to keep up their good work in supporting missions. She also thanked everyone for receiving her and Chuck well during their first year of ministry representing the OARBC; they began the position Aug. 1.

In addition to Linda Pausley, the women also heard from a panel of missionaries. Renny Snare, who is vice president of OWM and a retired missionary to Brazil, moderated the panel, which included Jackie Hopkins and Laura Niemeyer, both serving at Faith Baptist Community Church in Cleveland and previously serving in Brazil and Chile, respectively, and Marilyn Shaffer, who, after many years as a church planter in Ohio, is embarking upon a new ministry to the Muslim community.

“These women were transparent and genuine, providing insight and understanding in areas not normally broached,” says Donna Victor, OWM president. “The ladies present had their hearts and minds stirred and were moved to pray differently.”