The Ohio Association of Regular Baptist Churches has called Chuck Pausley as its new state representative. 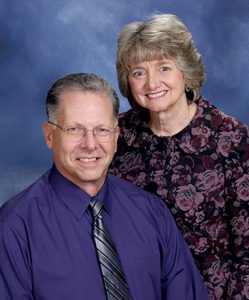 The Ohio Association of Regular Baptist Churches has called Chuck Pausley as its new state representative. “We are thrilled to have Chuck and Linda as our state rep couple, and they will begin their new ministry on August 1,” says David Culver, chairman of the OARBC Council of Twelve.

Chuck and Linda Pausley have been in pastoral ministry for 39 years. They served as pastor and wife at Grace Baptist, Troy, Ohio, from 1978 to 1994; Willow Creek Baptist, West Des Moines, Iowa, from 1994 to 2007; and Bethany Baptist, Avon Park, Florida, from 2008 until the present.

In addition to his role as pastor, Chuck has served on various Regular Baptist councils at the local, state, and national level and has been a council member for four mission agencies, including Baptist Church Planters.

“Chuck has a great heart for the churches and pastors of the OARBC,” David Culver says. “He and his wife, Linda, are looking forward to being a resource to and fellowshipping with the body of believers in our fellowship.”

12 Weeks’ Worth of VBS One-Liners

Draw attention to VBS using one-liners. Try these or think of your own. ...more