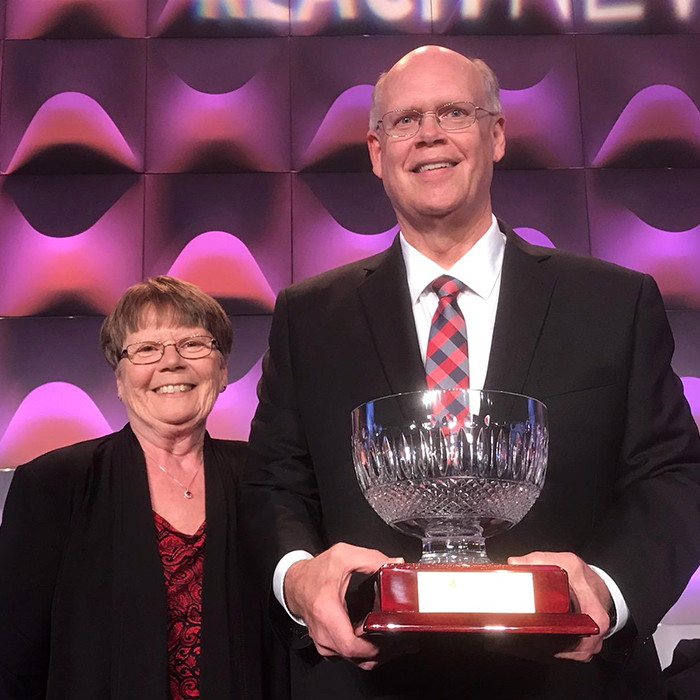 Terry Waltersdorf, with his wife, Colleen, accepts the Theodore W. Minah Distinguished Service Award for his work in the food service industry.

The National Association of College and University Food Services gives the award each year to one person who has been nominated by peers based on criteria such as leadership, length of service, contributions to formal education programs, contributions for the advancement of college and university food service, and the career development of personnel.

Terry has been in the food service industry since 1971 and began working at Faith Baptist Bible College in 1979. He remained at Faith until 2004, when he took a position at another college, and returned in 2011.

Terry attends CrossRoad Baptist Church in Ames, Iowa. Pastor Will Hatfield says, “Congratulations to Terry Waltersdorf on this great achievement! Terry has been a part of our church for many years and brings a spirit of excellence to everything he does. He raises everyone’s ability to achieve better results.”