Deaf Baptist Church on Its Way to Self-Support

“Our desire at the Deaf Baptist Church,” says Pastor Kevin Maki, “is to reach the deaf for Jesus Christ. We understand the needs of the deaf community. We want to win deaf souls for Christ and disciple them so that they can live a victorious Christian life in the deaf community.” 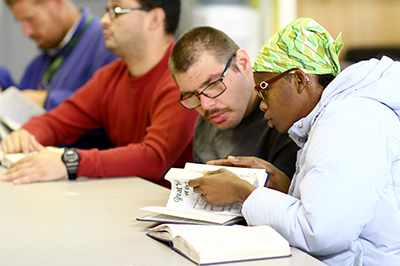 SAN JOSE, Calif.—“The deaf,” says Evangelist James Sloan, “are unique in culture and language. They are found in almost every city in every country in the world. When Jesus spoke the words found in Mark 16:15, ‘Go into all the world and preach the gospel to every creature [person],’ He certainly included the deaf. Yet, today we have the same problem that Jesus expressed in Matthew 9:37: ‘The laborers are few.’” This July, Sloan will have ministered to the deaf for 60 years. A much newer ministry is Deaf Baptist Church. Along with Sloan and others, Kevin and Kenyata Maki are some of the “few.”

That same year Kevin Maki and his bride, Kenyata, attended candidate school at Baptist Church Planters. Desiring to minister to the deaf, he and Kenyata began preparations. They started with an immersion language program in American Sign Language, followed by an internship in a deaf church, and culminating in pastoral “boot camp” at Deaf Baptist Church of Fremont, where they have been pastor and wife since 2002. “Our desire at the Deaf Baptist Church,” says Maki, “is to reach the deaf for Jesus Christ. We understand the needs of the deaf community. We want to win deaf souls for Christ and disciple them so that they can live a victorious Christian life in the deaf community.” 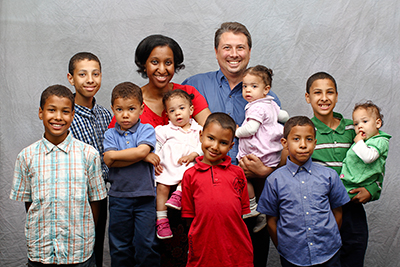 Over the years, the church has had the typical ups and downs of church life, including another move. In 2015, the closure of the church that hosted Deaf Baptist led the congregation to relocate to San Jose. During Maki’s pastorate, 25 individuals, both deaf and hearing, have accepted Christ as Savior. Maki has conducted two deaf funerals—one for a man who accepted Jesus Christ on his deathbed, to the joy of his believing spouse and daughter. On a happier note, Maki has conducted six weddings. The church is also involved with eight venues for gospel outreach to the deaf.

While the church is reaching out and growing, it missed its 2015 growth goal of 25 percent. Nevertheless, Deaf Baptist Church is looking forward to reaching its goals and becoming self-supporting.