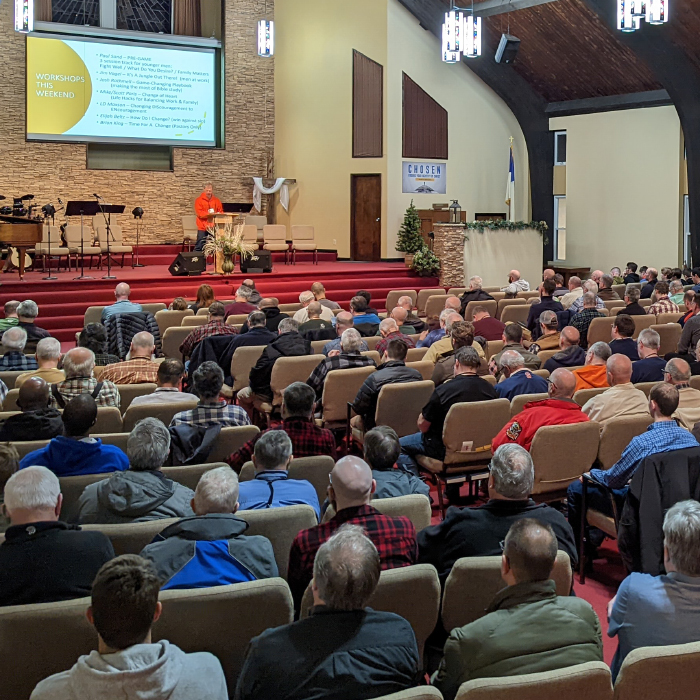 “Main sessions, workshops, and corporate prayer all encouraged men toward stepping up in their faith and taking up key roles in the cause of Christ,” says Brian King, director of the Northeast Fellowship.

Toward those goals, Will Payne, chaplain for the Syracuse Orange basketball team, shared game changers in the lives of Josiah and David. And Paul Golden, a chaplain for two Scranton, Pennsylvania, professional sports teams, hosted an episode of his Post Game podcast, featuring surprise guest Andy Pettitte, a former New York Yankees pitcher.

Andy shared “how he became a follower of Jesus Christ and how his faith strengthened him during his 18 seasons in the major leagues,” Paul says.

The men’s conference was indeed a game changer, as several men committed themselves to vocational ministry.