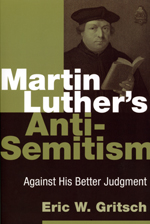 The vitriolic attitude of Martin Luther toward Jews has shocked many who have read the great reformer’s writings, such as On the Jews and Their Lies. Luther’s views played an important part in influencing the tragedy of Nazi Germany, and theologians have grappled with what to do with his stance. Much of the work traces the history of Luther and the development of his views on the Jews; Luther wasn’t always as virulent as he became later. Gritsch also deals with the consequences of Luther’s thinking and ends with a 10-point conclusion, some of which readers might disagree with. But point nine should challenge all of us: Luther “needed the patience of Job, as it were, to share the faith of Paul in the ‘unsearchable judgments and inscrutable ways’ of God.”