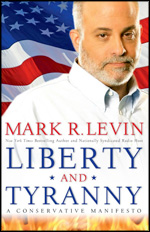 Making the top of best-seller lists, this book is truly a challenge to America, especially when Christians/conservatives have seemingly lost their way in bringing what they believe to bear on society. This morass is due to a number of factors, some of them of evangelicals’ own making. Levin, a rising talk-radio host who at one time advised several members of President Reagan’s cabinet, reviews what has taken place since the so-called New Deal days of the 1930s. The consequences are enormous. Levin calls for 10 “hard things” in areas such as the Constitution, faith, foreign policy, environment, judges, and government education that conservatives will have to deal with if the nation is to survive.

Bible-believing Christians know that more than mere conservative politics or activism is needed to bring our nation back to God. People can be conservative, both politically and theologically, yet be unsaved. But the principles Levin addresses and advocates surely are in tune with us and, we believe, with Biblical principles.