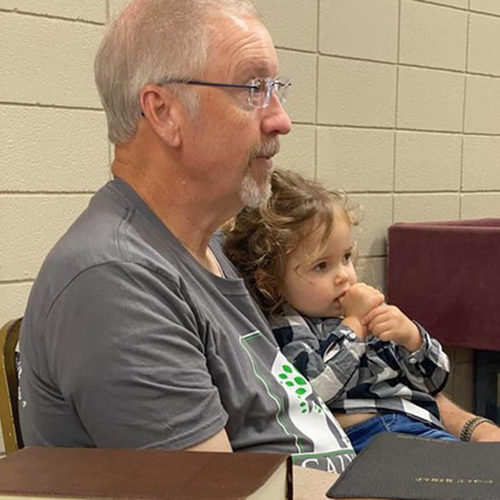 Other special guests included Tim Capon, state representative of the Iowa Association of Regular Baptist Churches; Eldon Pals, pastor of the church from 1970 to 1974; Jerry Gortmaker, former youth pastor at the church; and missionary Joy Akkermann, whose sending church is Calvary Baptist Church.

In addition to attending the services, the congregation enjoyed a concert with Forever Be Sure on Saturday night, a catered meal on Sunday at noon, breakfast and devotions with evangelist Timothy Silcott on Monday, and displays of photos and memorabilia throughout the church each day.