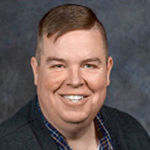 STRYKER, Ohio—First Baptist Church has called Tim Martin to serve as pastor of family discipleship. Installed on Aug. 11, he succeeds the leadership of Matthew Dodd, who filled the role of youth pastor for the past 10 years and will now be attending seminary in Kentucky.

The change in title from youth pastor to pastor of family discipleship reflects the church’s shift in focus toward a holistic approach to ministering to children and teens and their families. “Its target is the whole family rather than a specific age group,” the church says.

Tim has been a member of First Baptist for almost 20 years and previously served as a youth leader and worship leader at the church. His wife, Mindy, has attended the church her entire life. First Baptist, which recently celebrated its 150th anniversary, says the opportunity to install a staff member from its own congregation is “unique and exciting.”