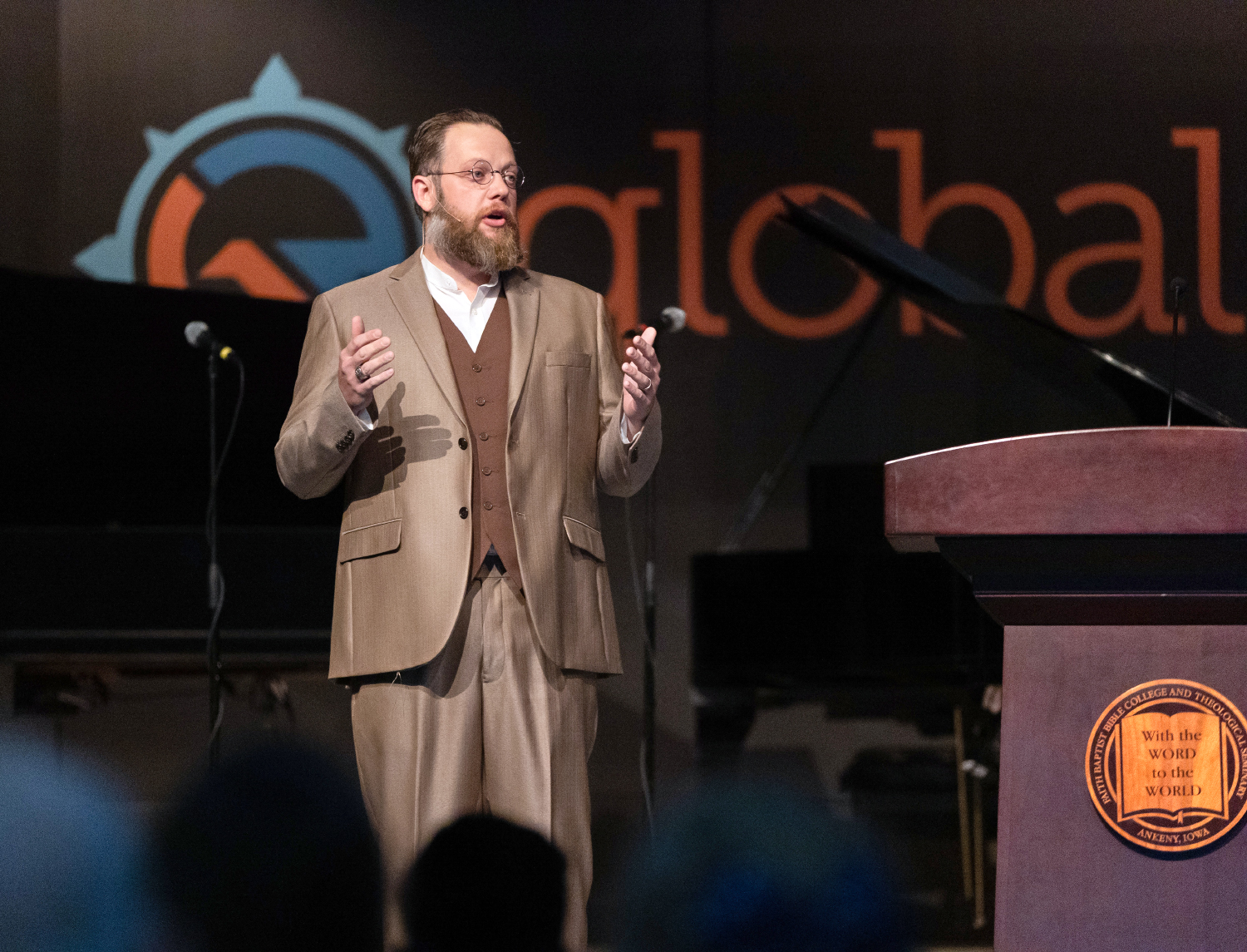 Faith Baptist Bible College and Theological Seminary is unique in many ways. One of those ways is that instead of simply taking a fall break each year, it hosts a missions conference. The 2022 Global Reach Conference was held Monday, Oct. 17 through Friday, Oct. 21. The conference was a refreshing time for students to connect with and learn from missionaries.

Students, staff, and faculty alike were challenged throughout the week by Steve Gault, African and European field administrator for Baptist Mid-Missions, and Michael Miller, pastor of Foundation Baptist Church, Alberta, Canada. On Tuesday through Thursday guests chose two of nine workshops to attend, led by missionaries and missions leaders.

The highlight of the week was Thursday’s general sessions. The morning session featured a Scripture reading in 44 languages, represented by students and attendees who were from those countries or were familiar with the languages spoken. In the early evening, all of the guests were invited to a banquet, during which Stephen Anderson (North American and Asian field administrator for Baptist Mid-Missions) gave a monologue from William Haas, the founder of BMM in 1920.

Friday morning came much too quickly. Although everyone was sad to see the conference end, it concluded in prayer for a group of 15 students who were beginning a weekend missions trip to Minneapolis, Minnesota. The best way to cap off the Global Reach Conference was to pray over students heading out to obey the Great Commission!