The Wisconsin Association of Regular Baptist Churches appointed Steve Schultz as its state representative during the association's annual conference. 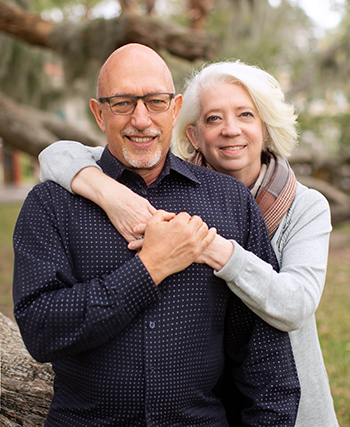 Steve Schultz of the Wisconsin Association of Regular Baptist Churches, and his wife, Jo.

Steve served as state builder of the WARBC since July 2019. In that role he oversaw communication and prayer support for the association. Now as state representative he says, “I am humbled, honored, a little intimidated, and excited to begin serving in this new role.”

Joining Steve in leading the WARBC is Jeremy Scott, who has been state educator—overseeing training opportunities and conferences for the association—since December 2018 and is pastor of Memorial Baptist Church, Verona, Wisconsin. Steve and Jeremy both spoke at the association’s annual conference, whose theme was “Recapturing an Awe of God.” Also speaking were Bill Mattox, pastor of Meadowood Baptist Church, Madison, Wisconsin, and Brian Richard, pastor of Brookridge Church. The church livestreamed the conference for those who couldn’t attend in person.

Steve thanks Brookridge Church for “graciously and admirably” hosting this year’s conference.