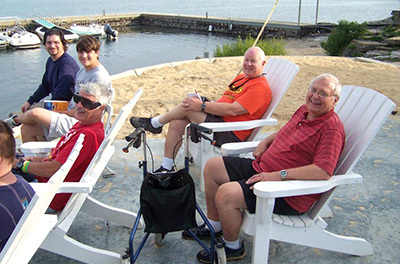 In summarizing, Dave Sellers says, “The Lord has fought the battles for us, especially the biggest battle we would ever have with sin and death. Jesus has already won the battle and gives us the victory.”

He and missionaries in attendance reported on their ministries. Sellers invites men to plan to attend next year’s retreat, Sept. 10–12, 2015, with Pastor Matt Herron from Sojourn Church, Traverse City, Mich., as speaker.