Science and the Bible Come Together in Interactive Seminar 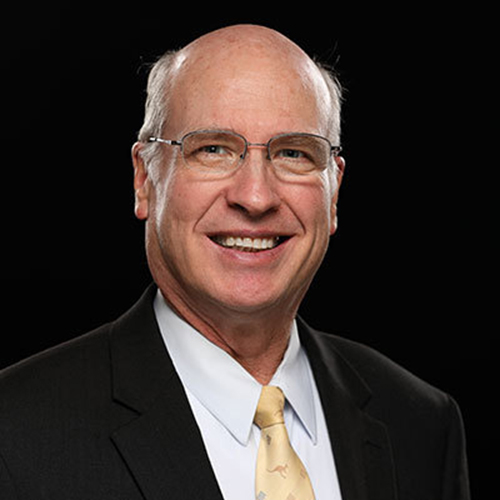 Dr. George and Darlene Matzko, prior to their visit at Rustic Hills Baptist, demonstrate a science experiment to show students how science and Scripture work together.

COLORADO SPRINGS, Colo.—Rustic Hills Baptist Church, Colorado Springs, Colorado, hosted a Bible and Science Seminar with Dr. George Matzko of Bob Jones University. Matzko is the former chair of the Division of Natural Sciences at BJU, but this fall he began serving in a new role as the science ambassador for the school. Rustic Hills Baptist was just one of his stops at churches, Christian schools, and homeschool groups in the western part of the US this fall. Another stop was Charity Baptist, Rio Rancho, New Mexico. This spring, he will take his seminar to midwestern and eastern states.

In his seminar at Rustic Hills Baptist, spanning four days, Matzko drew from Biblical and scientific data “to teach on the reliability of Scripture and to weave the scientific perspective into the Biblical text,” says Pastor Stan Lightfoot. Science demonstrations and a lively Q and A brought the topics to life. Accompanying Matzko was his wife, Darlene. “Our church family really enjoyed Dr. and Mrs. Matzkos’ instruction,” Lightfoot says. “They came alongside us and strengthened our ministry.”

Matzko, committed to a literal six-day creation, aims to help students and churches “understand the importance of a Biblical worldview in our approach to science and how science and Scripture work together as part of God’s plan—not in opposition.” He adds, “It’s not science vs. Scripture, but science in Scripture that glorifies our Lord Jesus Christ and honors Him as the Creator.”

One topic he discusses is the age of the universe. “Scientific evidence agrees with the Bible that the earth is thousands—rather than billions—of years old,” he writes in BJU Today. Part of that scientific evidence not only for a young earth but also for Noah’s flood is the age of civilization. “The beginning of civilization,” he writes, “dates back only to about 5,000 years ago, to the beginning of written history around 3200 B.C. Archaeology has shown that advanced, modern cultures sprang up suddenly and almost simultaneously. These cultures devised elaborate calendars, sea-going vessels, and impressive buildings. Exactly what we would expect after the Flood.”

The Creator, Matzko says, “is a God of grace.” Rather than the fittest surviving, “the fittest one died for us, the unfit.”