Pastors of Northwest churches met together for worship and prayer in a two-day Prayer Summit. 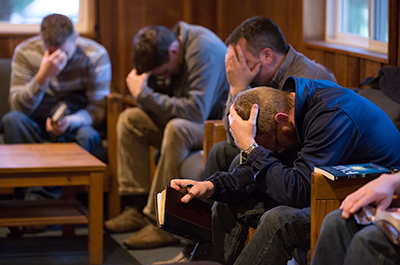 CARNATION, Wash.—Since 2010, Baptist Network Northwest pastors and missionaries have set aside time in January to retreat to Camp Gilead near Seattle for prayer and worship. This year, 25 men attended all or part of the two-day Prayer Summit retreat.

Tim Baker, pastor of Bethany Baptist Church, Salem, Oregon, and leader of the Prayer Summit, led a study from Praying the Bible by Donald Whitney. Attendees received a copy to take home for further study.

In conjunction with the Prayer Summit, the BNN Council of Fifteen met with Pastor Dave Lunsford, who has been named interim director of BNN, pending the approval of the network at its annual meeting in April.