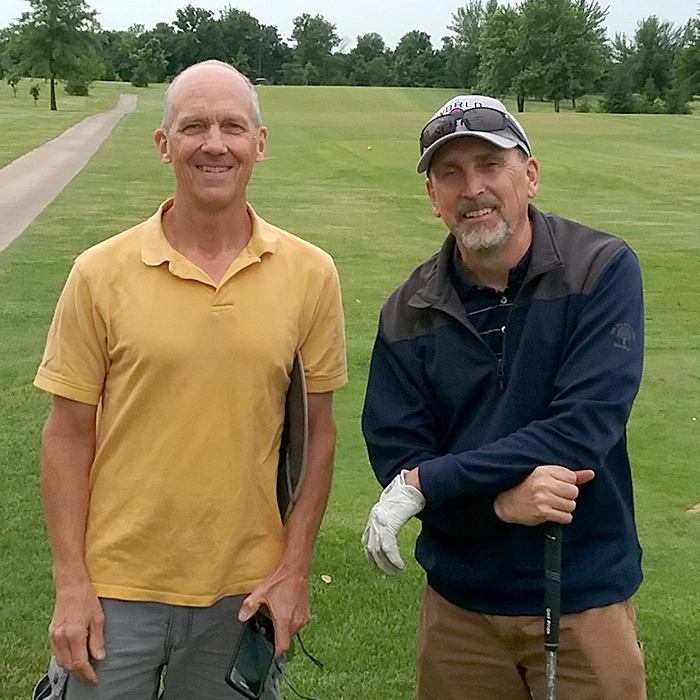 At the camp, they enjoyed dinner and an awards ceremony. The three teams with the lowest scores received gift certificates for next year’s retreat, and other players won prizes for the longest drive and closest distance to the pin.

Following the awards ceremony, the men heard a message from Pastor Troy Crain of Fosterburg Baptist Church, Bethalto, Illinois. He spoke again the next morning before the men packed up and headed to the second course for another 18 holes of golf.

“A good mix of young men and older men” attended, says Ron Burnet, pastor of Crosstown Baptist Church, Silvis, Illinois. Those age 59 and younger were considered Young Pups, whose fairways were uphill, and those age 60 and older were considered Old Dogs, whose fairways were downhill. “We play a best ball format,” Burnet says. “Teams’ scores ran from a high of 79 down to a low of 62 or 10 under par.”

The men were encouraged to bring unsaved friends with them. Burnet says, “Our hope is that some will notice the testimony of our lives and then hear the gospel and believe unto salvation.”