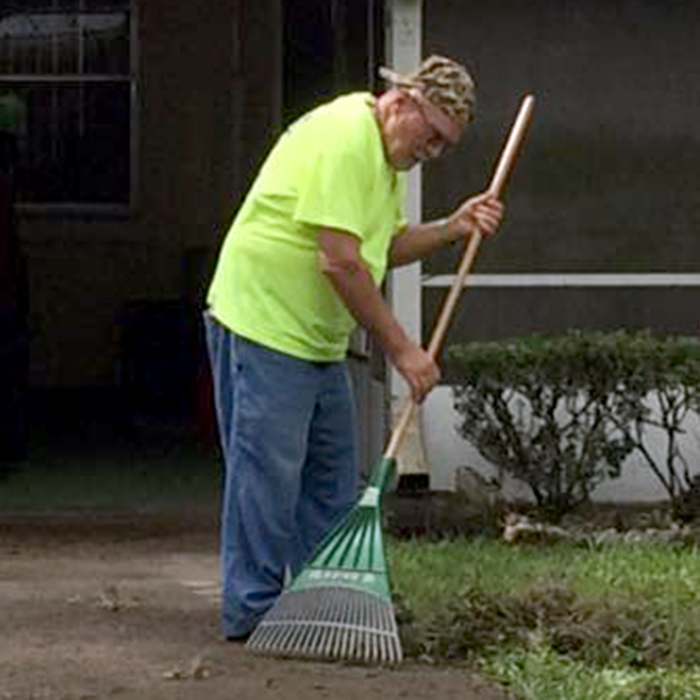 Maranatha Baptist Church, which sits in the heart of Maranatha Village and was started in 1976 by 20 village residents, escaped virtually untouched.

While there was no apparent damage on the outside, the storm did extensive interior damage in the main office building. “We took quite a hit to our main office,” Jerry says, noting that rain ruined the ceiling, drywall, and flooring in the reception area, the receptionist’s office, the bookkeeper’s office, and his office. A large tree also fell on one mobile home.

In the days leading up to the storm, Maranatha Village staff put away anything that could become a flying object and moved some residents into more secure housing. Jerry estimates that at the height of the storm, the village had winds over 100 mph and more than seven inches of rain. “We were the hardest hit portion of the whole peninsula,” he says.

The most difficult part for the residents may have been coping with the power outage that lasted from Saturday through Thursday. “That was probably the hardest part of it all,” Jerry says. “It’s tough down here without AC.”

Jerry says the village has insurance and thinks that most of the residents will be all right financially. But he notes that a lot of common areas won’t be covered. “We have a walking trail around the lake that is now two-thirds under water.” Jerry thinks much of the trail may be washed away. An insurance adjuster is scheduled to come this Friday.

After the storm, more than 100 people gathered in an outdoor pavilion for prayer and singing, praising the Lord for sparing their community. Jerry says the community is very thankful for the Lord’s protection. “We had no injuries, and with maybe one exception, every home was at least livable after the storm. But we don’t want to go through another one real soon.”