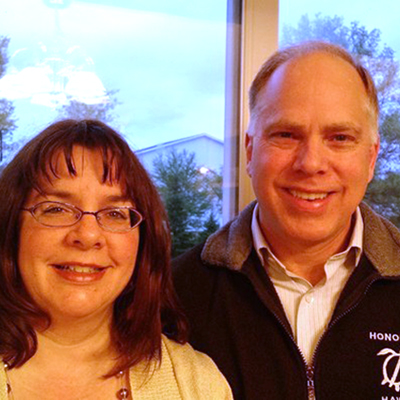 “Gary has a deep-seated love for the church and feels called to lead Faith Baptist Church in sharing the love of Christ with the community and in seeing people come to know the Lord as their personal Savior and grow in their relationship with Him,” Faith Baptist says.

Originally from Saginaw, Michigan, Gary has spent 16 years serving churches in Washington, Michigan, and most recently Wisconsin. He earned a BS from Michigan State University and an MDiv from Northwest Baptist Seminary.

Gary and his wife, Kristen, have been married since 2010 after losing their first spouses. “The Lord has blessed in bringing them together,” Faith Baptist says. The Akrights have four grown children and one grandchild in Colorado, Michigan, and Wisconsin.  The couple is looking forward to being part of the North Manchester community and getting to know its people.