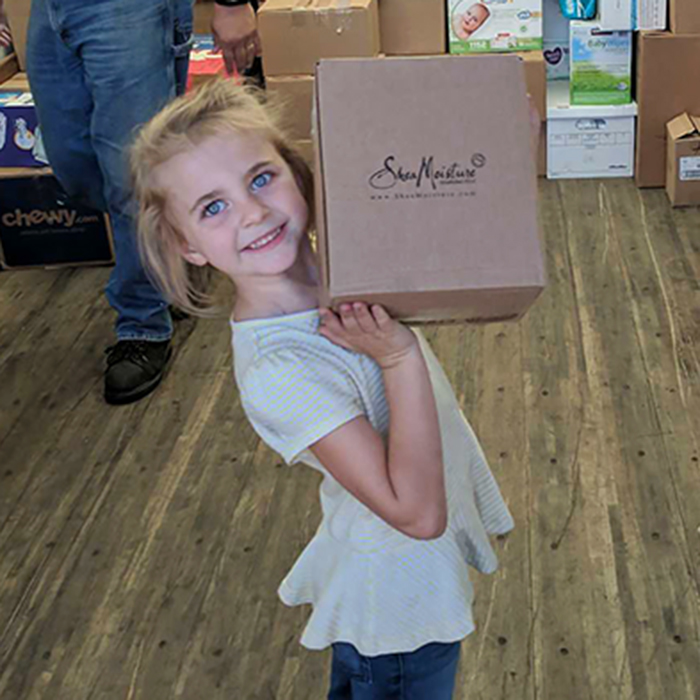 UNION GROVE, Wis.—Union Grove Baptist Church collected supplies for the victims of Hurricane Harvey in Houston, benefiting not just one church but an entire community.

“Originally my plans were to collect enough supplies to take a big van down to drop off with local churches and shelters,” says Youth Director Steve Gillmore. “Those plans quickly changed as we came to our second day of collecting and word got out to several area churches and people from the community.”

On Friday, Sept. 1 about 8:00 p.m., six volunteers pulled out of the Union Grove Baptist parking lot, driving a large van and a 26-foot box truck, and headed to Highlands, Texas, just outside of Houston. The 18-hour drive turned into a 22-hour drive due to driving conditions and several stops for fuel. The group arrived at First Baptist Church of Highlands the next day about 6:30 p.m. and started unloading.

First Baptist was grateful for the supplies but had underestimated how many items Union Grove would be bringing. Having already received some donations, First Baptist could not hold everything that Union Grove had brought. So First Baptist directed the group to the local American Legion post in Crosby. Staff there told the volunteers, “Come on over”; they would gladly take the donations.

“We spent a good amount of time unloading the truck, and the folks at the legion post were so grateful,” Gillmore says. “They told us they were almost completely out of supplies and that they would use everything we brought. The post at one point was housing over 300 evacuees from the storm and was serving meals to them and others from the community.”

After several hours unloading supplies, the group was hot, tired, and in need of a break. First Baptist, which is home to a Christian school, offered its showers and coffee for the volunteers before they headed back to Wisconsin. “While waiting for the showers,” Gillmore says, “we listened to stories from people who were housing at the church, of how they lost almost everything from the storm and how grateful they were to have the supplies.” The group arrived back in Union Grove about 10 p.m. on Sunday. “We were all exhausted but had a great time of fellowship and serving God together.”