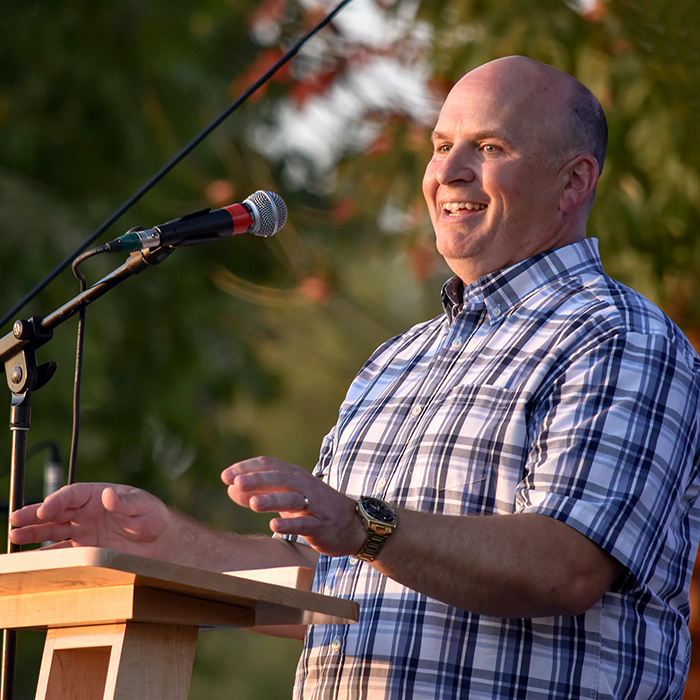 The school celebrated the milestone that day with students, staff, and faculty during a chapel service that begin at 8:40 a.m., the same time classwork officially started on the school’s first day in 1921. The chapel service included a 100-year reflective video, remarks from Dr. Jim Tillotson (president of Faith), an outdoor aerial group photo in the shape of 100, and refreshments.

Faith was founded as Omaha Bible Institute in Omaha, Nebraska, by William H. Jordan on Sept. 28, 1921. While attending McCormick Theological Seminary in Chicago, he visited the Chicago World’s Fair in 1893, where he heard a message from Moody Bible Institute founder D. L. Moody. That message inspired Jordan to open a Bible institute of his own someday.

Shortly after the death of Jordan’s wife in 1919 while he was pastoring in Shenandoah, Iowa, he moved to Omaha to fulfill his vision of beginning a Bible institute.

The school blossomed in enrollment, eventually outgrowing its space in Omaha. In 1967 the school relocated to Ankeny, Iowa, under the name Faith Baptist Bible College. Its seminary was added in 1986 and is celebrating an achievement of its own this fall as it turns 35 years old.