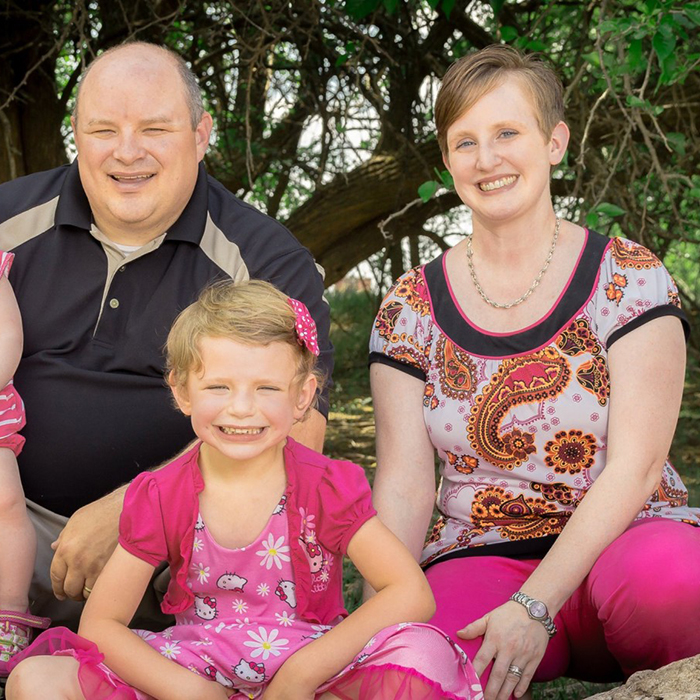 Pastor Joe and Kristi DiVietro and their daughters, Kennedy and Jaclyn.

The church was planted in 1969 by Merv Stilwell, a missionary with Hiawatha Baptist Missions. He and his wife, Neota, served at the church until 1975. Another missionary, Dan French, with his wife, Jean, then began serving at the church and brought it to self-supporting status in 1981. Since that time, four pastors have served at Faith Baptist: Steve Rumphol, William Parker, Ron Hemsworth, and currently Joe DiVietro, who began ministering at the church in 2014.

Pastor Merv and Neota Stilwell and their family in 1969.

Dan French and Steve Rumphol spoke during the 10 a.m. service, and Ron Hemsworth spoke in a special 2 p.m. service. Hemsworth was pastor of the church from 1994 to 2014 and is now ministering full-time at Missionary Acres, a retirement community in Silva, Missouri, for Christian workers. He and his wife, Joy, say they were “blessed to be back with our Faith Baptist family . . . to celebrate their first 50 years of ministry and to look ahead to what God would have for them in the next 50.”