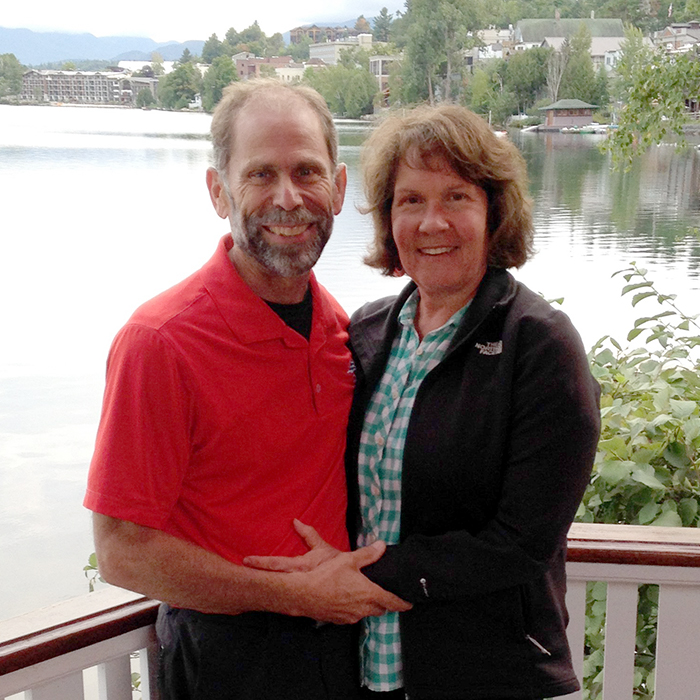 TOWANDA, Pa.—Independent Baptist Church honored Pastor Donn Hauser and his wife, Lynn, for ministering at the church for 25 years.

Donn’s friend Jeffrey Howell, pastor of Calvary Baptist Church, Jersey Shore, Pa., presented the sermon, commending the church for raising up local ministerial leadership, including Donn, who is one of four members serving in full-time ministry capacities. Jeffrey also commended Donn for his passion to serve Christ, his consistent life of Christlikeness, and his dedication to teaching God’s Word. Showing their appreciation to Donn and Lynn, the congregation gave the couple a signed photo of the church members and monetary gifts.

Prior to ministering at Independent Baptist Church, Donn and Lynn were church planters in Alaska. In 1993, Donn began following in the footsteps of his father, Darris “Doc” Hauser, who had pastored Independent Baptist for 43 years. Donn is an avid outdoorsman and a private pilot; he enjoys riding his motorcycle and assists with the football team at his alma mater, Towanda High School. The Hausers have two children, Scott and Stacey.