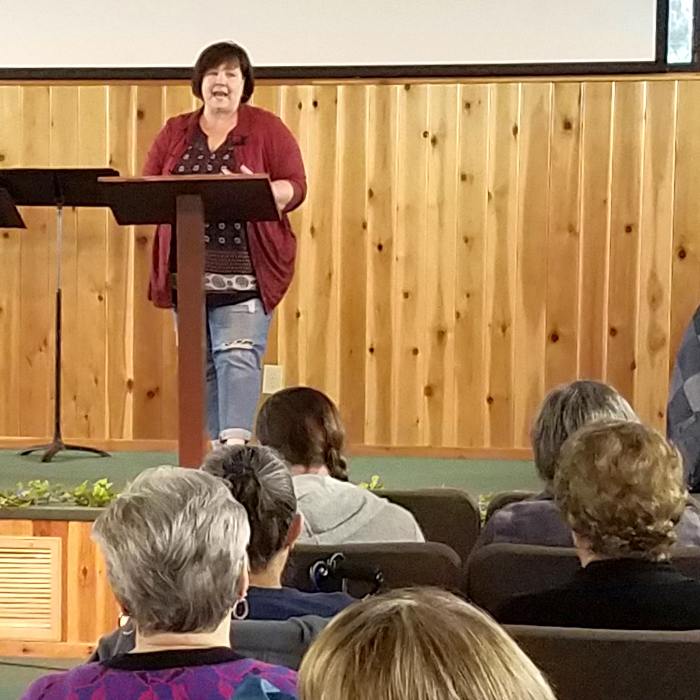 BADGER, Calif.—Women from Central California churches met for a retreat Oct. 17–19 at Hartland Christian Camp. “Thirty-one ladies came up the hill to enjoy the crisp fall air and beautiful sunshine at the tranquil camp nestled at the base of the Sierras,” says Pine Grove Baptist Church in Santa Maria, host church of the retreat.

The retreat was an annual event of the Central California Regular Baptist Women’s Association. René Bancroft spoke on the theme “Holding Our Edge,” based on Proverbs 27:17. In her four sessions she encouraged the women to become the best version of who God created them to be.

The retreat also included “worship, a card-making workshop, hilarious skits, prizes, laughter and tears, good food, late nights, and even crazy ladies on the zipline,” says Pine Grove Baptist Church. “Old friendships were rekindled and new ones started. Praise God for the relationships He allows us to have with each other and most importantly with Him in Christ.”