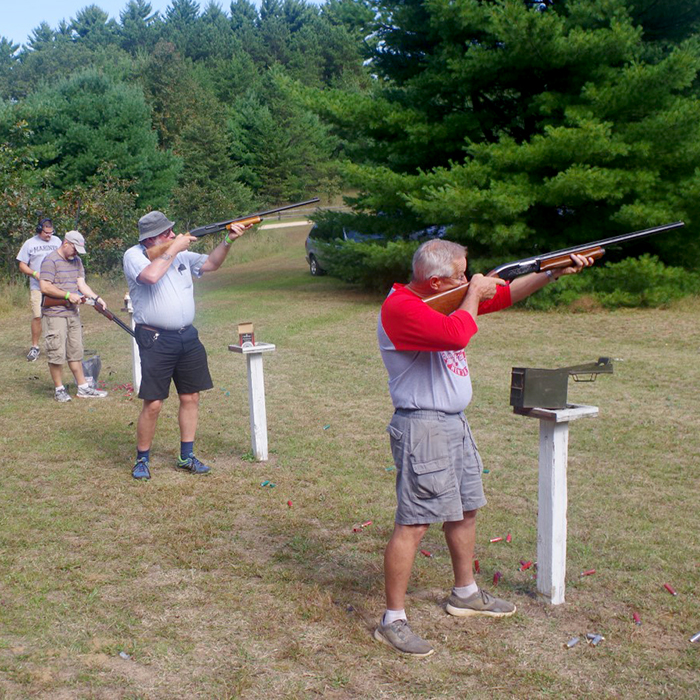 WESTFIELD, Wis.—Camp Fairwood celebrated its 50th anniversary of hosting its Laymen’s Retreat. The camp had invited Ken Floyd, executive director of the Michigan Association of Regular Baptist Churches, to speak during the retreat Sept. 14 and 15. He “did a great job challenging the men to be ‘Masterfully Motivated Men,'” says Brad Dickinson, director of Camp Fairwood.

Before Floyd began leading the Michigan association in 2006, he was a pastor for 25 years. He is also a Regular Baptist Press author, having written Men at Play, which “leads men to realize the God-given purposes for recreation and leisure in daily living,” and the chapter “Administrating as a Bishop: Keeping the Church in Check” in The Pastor: A Guide for God’s Faithful Servant.

“While the chapel sessions were the highlights of the retreat,” Dickinson says, the men also enjoyed playing volleyball, competing in rifle and shotgun events, fishing, hiking, and golfing.

Camp Fairwood organized its first Laymen’s Retreat in 1968 to financially support the camp. Each year during chapel services the men give to an offering that directly supports the camp. This year the offering money, totaling $2,571, will help the camp build a new Lakeview Cabin complex.