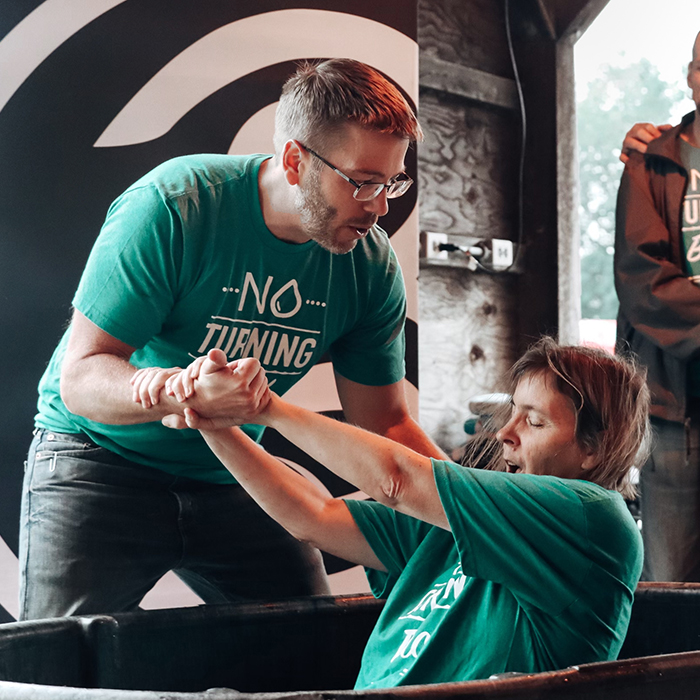 One of those people was Jen Heller. She and her husband, Steve, joined Branch Life Church in 2018 after her cousin-in-law Jill Greenly joined. Steve and Jen were new believers when they joined the church and have grown tremendously in their faith.

In September 2018, Steve was among the first people Branch Life baptized. At that time, the church had formed a core team to launch the church and would hold its first public worship service in April 2019.

Recently Steve’s wife, Jen, decided to be baptized. So did their son, Jacob, who had professed Christ as Savior last summer with the help of Alex Roupe, Branch Life’s pastoral resident.

As is Branch Life’s custom, each baptism involved someone who had spiritually invested in the person being baptized. So Jill, who had led Jen to the Lord after a ladies’ retreat about 10 years ago, baptized Jen. Alex baptized Jacob.

Another person being baptized Nov. 28 was Tate Moll. Motivated by his wife’s faith, he realized he needed to take his relationship with God more seriously. So Tate decided to be baptized to publicly declare his faith and his commitment to follow God.