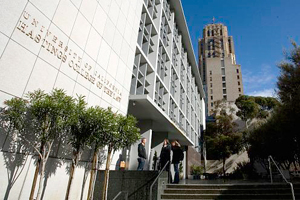 The U.S. Supreme Court refused Monday 5–4 to safeguard the right of a Christian student group to freely associate on a university campus with fellow believers who subscribe to their religious beliefs about sexual conduct outside of marriage, such as homosexuality, according to The Rutherford Institute and other news organizations that exist for the purpose of defending Christian liberties. The Court declared that the University of California Hastings Law School’s “non-discrimination policy” was a reasonable, viewpoint-neutral regulation that did not constitutionally infringe upon the rights of the school’s chapter of the Christian Legal Society. But Justice Samuel Alito, in a dissenting opinion, warned that “the Court arms public educational institutions with a handy weapon for suppressing the speech of unpopular groups—groups to which, as Hastings candidly puts it, these institutions ‘do not wish to . . . lend their name[s].’ ” The Rutherford Institute had filed an amicus brief with the Court in Christian Legal Society v. Martinez, citing the concern that “with this sort of compelled choice and censorship, and interference with the governance of a religious organization, all groups and members of the academic community are at risk and their rights, chilled and diminished.” John W. Whitehead, president of Rutherford, commented, “The Supreme Court has now enshrined political correctness as a central tenet in American society and in American university life. This decision is yet another broad-sided attack on the First Amendment, especially religious freedom. It will force well-meaning groups to abandon the tenets of their faith in order to be granted the same privileges and freedoms afforded to other campus groups and organizations. If not, they will face discrimination.” As for the Christian Legal Society’s reaction to the Court’s decision, Kim Colby, CLS senior counsel, said, “All college students, including religious students, should have the right to form groups around shared beliefs without being banished from campus. Today’s ruling, however, will have limited impact. We are not aware of any other public university that has the exact same policy as Hastings.” Senior Legal Counsel Gregory S. Baylor of the Alliance Defense Fund, which represented the student chapter of CLS at Hastings, remarked, “The conflict still exists. This decision doesn’t settle the core constitutional issue of whether nondiscriminating policies in general can force religious student groups to allow non-believers to lead their groups. Long-term, the decision puts other student groups across the country at risk, and we will continue to fight for their constitutional rights. The Hastings policy actually requires CLA to allow atheists to lead its Bible studies and the College Democrats to accept the election of Republican officers in order for the groups to be recognized on campus. We agree with Justice Alito in his dissent that the court should have rejected this as absurd.”