World News Nov. 30: The U.N. General Assembly voted Thursday in favor of Palestinian statehood. Read more about this and other news. 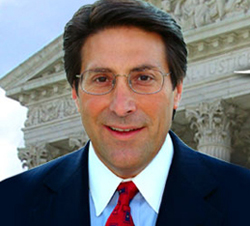 The U.N. General Assembly voted Thursday in favor of Palestinian statehood, after the Palestinians asked it to recognize a nonmember state of Palestine in the Israeli-occupied West Bank and east Jerusalem, and the Hamas-ruled Gaza Strip, reports Fox News. The resolution upgrading the Palestinians’ status to a nonmember observer state at the United Nations was approved by a more than two-thirds majority of the 193-member world body—a vote of 138 to 9, with the U.S. and Israel among those who opposed. There were 41 abstentions. Real independence, however, remains an elusive dream until the Palestinians negotiate a peace deal with the Israelis, who warned that the General Assembly action will only delay a lasting solution. Israel still controls the West Bank, east Jerusalem and access to Gaza, and it accused the Palestinians of bypassing negotiations with the campaign to upgrade their U.N. status. The United States immediately criticized the historic vote. “Today’s unfortunate and counterproductive resolution places further obstacles in the path peace,” U.N. Ambassador Susan Rice said. U.S. Secretary of State Hillary Rodham Clinton called the vote “unfortunate” and “counterproductive.” Israeli Prime Minister Benjamin Netanyahu called the speech by Palestinian President Mahmoud Abbas to the General Assembly shortly before the vote “defamatory and venomous,” saying it was “full of mendacious propaganda” against Israel. Jay Sekulow of the American Center for Law and Justice remarked, “The United Nations has voted to recognize Palestine. They have decided to violate international law and numerous peace agreements. The terrorist-led Palestine now has ‘non-member observer state’ status at the U.N. With this vote, the UN has endorsed a divided Jerusalem and an Israel with indefensible borders. Even more alarming, it opens the door for more false war crimes trials against Israeli citizens. Two years ago, I stood before the Prosecutor of the International Criminal Court (ICC) in defense of Israel and two soldiers who were falsely accused of war crimes. We successfully got the ICC to dismiss those false charges, in part because Palestine was not a state as recognized by the U.N. We are continuing to defend Israel, but the road will be more difficult.”