The Foundation of Christianity

Every philosophy rests on certain pillars—certain foundation stones. The gospel is Christianity’s foundation. 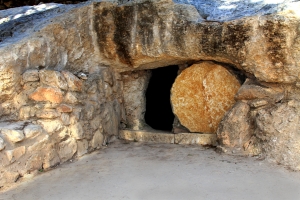 Every philosophy rests on certain pillars—certain foundation stones. They are what sets that philosophy apart from others. They are also what gives each philosophy its strength . . . or exposes its weakness.

The gospel is Christianity’s foundation. The gospel tells us that Jesus died in our place on a cruel cross to take our sin on His shoulders and pay the price for our redemption. It also tells us His death was real and that He was attested as dead and buried in Joseph’s tomb. As awesome as those two aspects of the gospel are, they are physically, humanly unremarkable. Everyone dies, and everyone’s body is laid to rest in one way or another. However, the gospel goes on to tell us that He rose again from the grave, physically alive, as the firstfruits of resurrection and eternal life. It tells us that in excess of 500 people saw Him alive after the Resurrection. It tells us that without the Resurrection, the rest of the gospel falls short of what God intended to accomplish.

For centuries, skeptics have tried to discount the Resurrection, figuring it was the weak link in the story and the part that would be most easily disproved. Their 2,000-year-old efforts have failed at every turn. The resurrection of Jesus Christ stands today, as it has since that first Resurrection Sunday, as powerful evidence that Jesus is alive and that Christianity is true.

Stan Lightfoot is pastor of Rustic Hills Baptist Church, Colorado Springs, and serves on the GARBC’s Council of Eighteen. This article is reposted with permission from his blog.