The Emotions of Easter

Can you imagine the roller coaster of emotions that took the followers of Jesus on a wild ride during His last week? 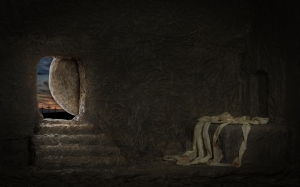 Can you imagine the roller coaster of emotions that took the followers of Jesus on a wild ride during His last week? His arrest in the Garden, His unjust trials before the Jews and Pilate, the cruel scourging, the calloused mockery, and then His crucifixion and death plunged them into a downward spiral of great emotion.

The women at the tomb were weeping with sorrow until they discovered the empty tomb and heard He had risen. Even the two disciples on the road to Emmaus had their hopes dashed and their expectations crushed. Sadness walked with them until the resurrected Jesus joined them on their journey. Their sorrow turned to joy. Confusion was another emotion that clouded the minds of those early followers. They didn’t quite know what to think until the angel explained what had happened and Jesus spoke to them. Confusion gave way to understanding. Those disciples were also paralyzed by the emotion of fear. They were hiding, but when they soon found that Jesus was alive, their fear turned to courage. Thomas wouldn’t believe that He was alive, and doubt plagued his mind. When Jesus showed up in his presence the next week and showed him His hands and side, Thomas then said, “My Lord and my God!” His doubts were settled and turned to faith.

Perhaps you have had one of those weeks where your emotions have taken you on a ride to a dark place. The fact of the resurrection of Jesus Christ offers us some wonderful good news. Our sorrows can be transformed to joy. Our confusion should give way to understanding. Our fear turns to courage. And our doubts are erased by faith. All because . . . He is risen!

Jim Stultz is pastor of Peace River Baptist Church, Punta Gorda, Fla. This article is reposted with permission from his blog, Moments of Meditation.