World News Aug. 24: Texas officials are vowing to cut off funding for Planned Parenthood. Read more about this and other world news. 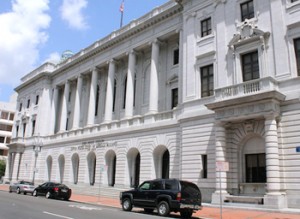 Texas officials are vowing to cut off funding for Planned Parenthood after a federal court sided with the state in a challenge over a new law that bans clinics affiliated with abortion providers from getting money through a health program for low-income women, reports cnsnews.com. The 5th U.S. Circuit Court of Appeals in New Orleans late Tuesday reversed a federal judge’s temporary injunction that was allowing the funding to continue, pending an October trial on Planned Parenthood’s challenge to the law. State officials are seeking to halt money to Planned Parenthood clinics that provide family planning and health services as part of the state’s Women’s Health Program because the Republican-led Texas Legislature passed a law banning funds to organizations linked to abortion providers. Planned Parenthood provides services like cancer screenings—but not abortions—to about half of the 130,000 low-income Texas women enrolled in the program, which is designed to provide services to women who might not otherwise qualify for Medicaid. The appeals court’s decision means Texas is now free to impose the ban. “We appreciate the court’s ruling and will move to enforce state law banning abortion providers and affiliates from the Women’s Health Program as quickly as possible,” Stephanie Goodman, a spokeswoman for the state Health and Human Services Commission, said in a statement.