World News Aug. 10: In the wake of tragedy among the Sikh community, Christians have an unprecedented opportunity to reach out with the gospel. Read more about this and other world news. 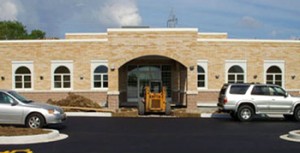 In the wake of one of the greatest tragedies to hit the Sikh community in North America, Southern Baptists have an unprecedented opportunity, reports Baptist Press, to reach out to their Sikh neighbors with the gospel of Jesus Christ, says Aslam Masih, North American Mission Board’s national coordinator for Muslim people groups and South Asians. Masih’s comments come after the tragedy at a Sikh temple near Milwaukee on Sunday, Aug. 5. A gunman killed seven people, including himself, turning the nation’s attention to a religion of more than 20 million people worldwide. “We have an opportunity now to turn this very sad situation into a life-changing encounter with the Gospel for Sikhs throughout North America,” Masih said. Masih estimated there are more than 1.1 million Sikhs on the continent. Many of those Sikhs are concentrated in major metropolitan areas like New York City, Vancouver, Toronto, Los Angeles, and Chicago. Yet, Masih says, Southern Baptists have no churches specifically focused on reaching Sikhs with the gospel. Masih expressed hope that through Send North America, Southern Baptists with a passion to reach Sikhs will partner together to start new works among them. Send North America is NAMB’s church planting and evangelism strategy to penetrate lostness in 29 urban areas in North America. Through Send North America, NAMB is connecting church planters with partner churches and church planters with places that need new churches. Chris McKean, a senior at Truett-McConnell Christian College in Cleveland, Ga., knows God has placed Sikhs on his heart, notes Baptist Press. McKean says he was heartbroken when he read about the shooting. “Many people in the Christian faith don’t know about Sikh people,” McKean says. “A year ago, I didn’t know who Sikhs were. I thought they were a branch of Islam.” McKean and 13 students majoring in world missions from Truett-McConnell recently visited Bangkok as part of their senior capstone to learn about what Sikhs believe. They spent time with IMB workers, whose ministry focuses on the people group. Bryan, who is preparing to start doctoral studies in Sikhism, has spent hours reading and learning about the people and their culture; his passion is to see Sikhs come to know Christ as their Savior. Growing up in New York, Bryan says his friends were two Sikh brothers. Every Saturday, the three would hang out and eat Punjabi food. “From a young age, He’s [God] given me a heart for Sikh people,” Bryan says. “God’s put Sikhs in our lives. Our heart is to share with them. I’m praying God would use this event to open the eyes of the church.”

Next post BBC--USA Helps Church Planters Think outside the Box

Previous post Resolution: Wickedness and Danger of NCC and WCC