School Reverses on Mention of God in Song

World News April 10: A school under fire for changing "God Bless the USA” to “We Love the USA” reversed course after drawing a backlash and legal threats. Read more about this and other world news. 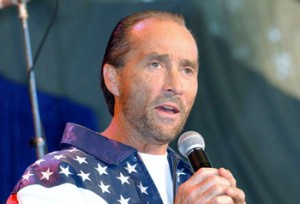 Stall Brook Elementry School, Bellingham, Mass., under fire for changing the lyrics of Lee Greenwood’s “God Bless the USA” to “We Love the USA” for an upcoming fourth-grade concert, reversed course Thursday after drawing a backlash from parents and hints of legal threats from Greenwood, who penned the 1984 tune. District Superintendent Edward L. Fleury, reports The Washington Times, acknowledged in a statement that “political correctness” was the motivation behind a proposed change, but the school ultimately decided against booting “God” from the song. “Students will be allowed to sing or not sing ‘God Bless the USA.’ . . . No other words will be substituted,” he said. “We believe the use of the word ‘God’ is acceptable in patriotic songs. The district has no intent to censor any patriotic songs. We are certainly sorry if this approach was perhaps considered as disrespectful. That was never the intent.”