World News April 12: A Michigan high school canceled a speech by former Sen. Rick Santorum after teachers became outraged over his opposition to gay marriage. Read more about this and other news. 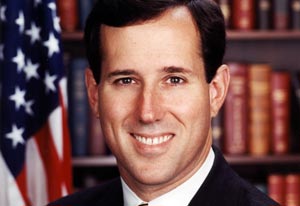 A Michigan high school canceled a speech by former Sen. Rick Santorum after teachers became outraged over his opposition to gay marriage and threatened to stage protests and a possible work stoppage, Fox News reports. Santorum had been invited to deliver an upcoming speech on leadership by the Young Americans for Freedom chapter at Gross Pointe South High School. But the speech was canceled on Monday after the school district’s superintendent heard from angry teachers. “It’s a sad day when liberal educators are allowed to influence young minds—extending free speech rights only to those who share their liberal views,” Santorum said in a statement posted on Patriot Voices. “This has nothing to do with the content of a speech, but rather the context of my convictions.” Thomas Harwood, superintendent of the Gross Pointe Public School System, did not return telephone calls seeking comment.

Next post Idea Promotes Prayer and Fasting for U.S.