World News Feb. 10: A resurgent Rick Santorum has been declared the winner in three states. Read more about this and other world news. 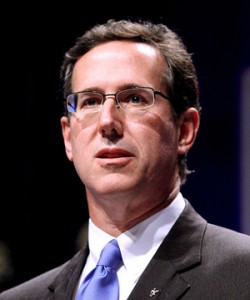 A resurgent Rick Santorum has been declared the winner in three states, raising questions about Mitt Romney’s appeal with conservatives at the core of the Republican Party, reports onenewsnow.com. Santorum picked up a perfect trifecta in Tuesday’s ongoing battle for the Republican presidential nomination. The former Pennsylvania senator won big in Missouri and convincingly in Minnesota. But the biggest victory of the night came in Colorado, where Santorum upset Romney, a state the former Massachusetts governor overwhelmingly won in 2008. “Republicans want conservatives,” stated Rod Martin, president of the National Federation of Republican Assemblies. “Our supposed frontrunner has no positive message for himself. Mitt Romney, by himself, has not made the sale—and if he can’t close this deal pretty soon, this could come completely unraveled on him.”