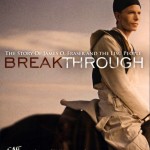 James O. Fraser (1886–1938) was a British man who was studying engineering but felt called of the Lord to join the China Inland Mission as a missionary to that land. However, unrest in China led him in 1910 to minister to a Tibeto-Burmese minority people, the Lisu, living in the high mountains along the borders of  China and Burma. He worked among these people for 30 years. Fraser is best known for developing an alphabet for these people, known and used even today.

This production shows the importance of following Jesus rather than a chosen career if one must choose between the two. The DVD tells a compelling story concerning the power of prayer, walking by faith, not giving up (God often begins to work when we’re about ready to give up), and being faithful wherever we are planted. The story also demonstrates that “unknown” people can be greatly used of God. This production could be effectively shown to young people and even older people who are searching for God’s direction in their lives.

Previous post How Can We with Confidence Adequately Understand God's Word?