Resources for Understanding Islam, and Freedom of Speech and Religion 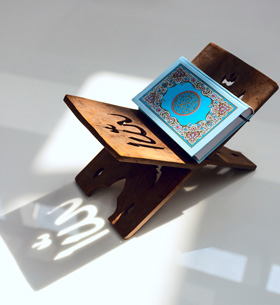 With the recent terrorist attacks in Paris, the subject of radical Islam has been catapulted into a position of media prominence. This has brought, in its wake, a variety of related issues, including the Islamic faith, religious liberty, and the freedom of speech and expression. From this variety of issues, a multitude of separate questions could easily be generated. What should be the relationship of human governments to religious practice? To what degree should Christians champion freedom of speech and expression, especially when that freedom gives rise to distasteful or controversial communication? And how should we understand Islam, the world’s second-largest religion?

No doubt many of those questions are now beginning to fill the minds, and the dinner-table conversations, of concerned onlookers the world over. In the interest of providing some answers, or at least of helping to frame the issues rightly, the GARBC recommends the following resources.

On Freedom of Speech and Religion

Next post Baptisms Create Year to Remember at Bridgewater Baptist

Previous post Carolers Show the Love of Christ in Jail