The Paris Attack’s Impact on Ministries in France

Seventeen people died in the terrorist attacks in Paris last Wednesday. How will this affect our ministries in France? 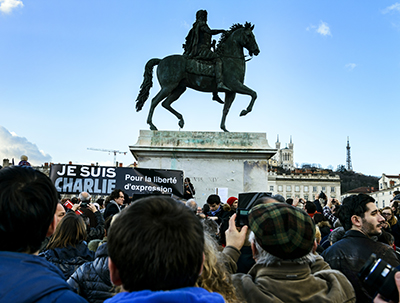 Seventeen people died in the terrorist attacks in Paris last Wednesday. Many journalists have compared this event to our Sept. 11 attacks. Whereas many in the U.S. attended church the following Sunday to seek solace from God in the face of tragedy, the French turned to themselves. In a country of 65 million people, nearly four million marched down their streets and avenues on Sunday. They reportedly sought to speak out against terrorism and to show compassion toward the families of the victims.

One of the attacks took place 50 meters from the home of the pastor of an independent Baptist church in Paris, the one I formerly pastored. A dedicated Christian friend spoke of the unrest she senses; today terrorism is at her doorstep, only two miles away.

How will this affect our ministries in France? On one hand, there may not be an immediately noticeable effect on our ministry from the outside, although a person of influence among the Evangelicals and Protestants of France stated they were uncharacteristically included along with the Catholic and Muslim leaders in the government’s consultation committee. Of course, this seeming recognition of smaller groups may be unique to this crisis situation in an attempt to relieve some of the pressure from the Muslims. On the other hand, this is a time to reach out to people with their present needs. Polls last Wednesday showed that 80 percent of the inhabitants of Paris are fearful. The normal print-run of 60,000 for Charlie Hébdo, targeted for its satirical drawings of Muslims, will increase to three million copies for the next issue on Wednesday, Jan. 14.

Analysts seem to agree that terrorism and the conflict will not end with this particular attack. May God give us wisdom to be the best servants for “such a time as this” (Esther 4:14), and may our churches rally behind us in prayer to make it possible.

Andrew Barnes is a missionary church planter serving with Baptist Mid-Missions in Paris.

Next post The Paris Attack’s Impact on Ministries in France

Previous post Observations on the Islamic Terrorist Attack in Paris