Prophetic Significance of the Temple Mount 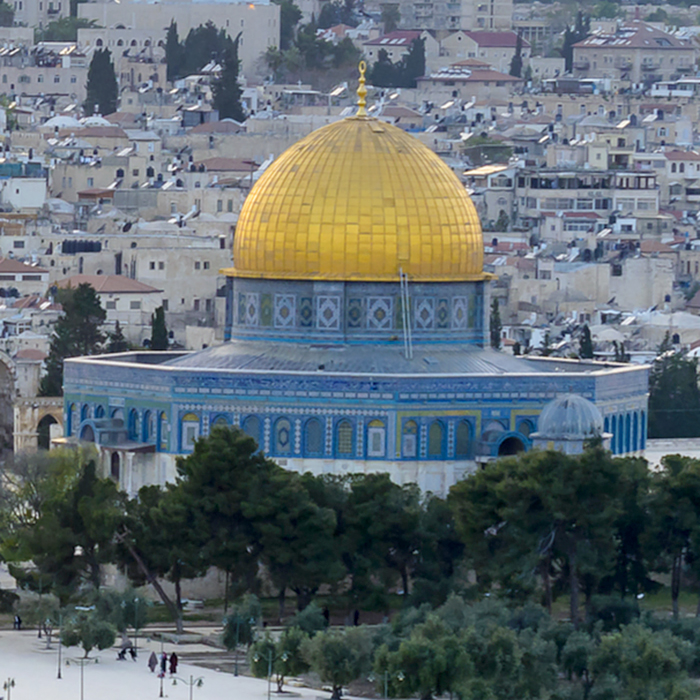 The past two weeks have seen amazing events taking place in Jerusalem on the Temple Mount. These events may well be a precursor to the fulfillment of important prophecies relating to the end times.

To His disciples’ utter astonishment, Jesus foretold that the glorious Jewish temple standing in Jerusalem in the first century would be destroyed (Luke 21:5–6). This prophecy was fulfilled in AD 70 when the Roman armies first laid siege to Jerusalem, then invaded the city and completely destroyed the temple. Jesus went on to say that the site would continue to be “trampled by the Gentiles . . . until the times of the Gentiles are fulfilled” (verse 24). For nearly two thousand years Jerusalem was indeed “trampled by the Gentiles”—by Romans, Byzantines, Arabs, Persians, Crusaders, and Ottomans. Even after the Jews regained control of East Jerusalem in the wake of the Six Days’ War of 1967, the Temple Mount itself remained under the control of the Waqf, a Moslem trust under the jurisdiction of the country of Jordan. To this day, it is not permitted that Jews or Christians pray on the Temple Mount. The only people allowed to pray on the site are Moslems. The Moslem Waqf claims that they, alone, have authority to control what takes place on the Temple Mount.

On Friday, July 14, 2017, three Arab terrorists emerged from the Moslem mosque (Al Aqsa) on the Temple Mount, armed with knives and guns, and murdered two Israeli police officers. The terrorists were subsequently killed by security forces. In an effort to prevent future terrorist actions on the Temple Mount, the Israeli government installed metal detectors and security cameras at the entrances to the site. Such a security move seems like a reasonable response to such a horrendous terrorist act. However, Moslem authorities objected in the strongest terms to such security measures, announcing a boycott of the site until the metal detectors and cameras were removed. As a result of this boycott, one of the most amazing things took place: for the first time in two thousand years, a few Jews actually prayed, unrestrained, on the Temple Mount! Such prayers are still discouraged by the Israeli police who do not want to upset the Waqf and risk starting a war with Israel’s neighbors, but still these few free, unrestrained Jewish prayers on the Temple Mount are amazing and are a possible sign that the “times of the Gentiles” may be nearing their end!

On July 27, Israel capitulated to Arab demands and removed the metal detectors and cameras. While many decry this sign of weakness on Israel’s part (including the writer of this blog!), it is evidence that we are still living during the “times of the Gentiles.” Nevertheless, there is awakening within the hearts of the Jewish people, an intense desire to see the Messiah come to Israel’s rescue and the temple be rebuilt.

As I write this blog on Tuesday, August 1, 2017, Jews around the world are commemorating one of their most solemn holidays, “Tisha b’Av” (Lit., “The ninth day of the month of Av”). It was on this exact same day in history that both the first Jewish temple (587 BC) and the second Jewish temple (AD 70) were destroyed by Gentile forces. From 1967 until today, only a few extreme Jews took much of an interest in the Temple Mount. However today, Tisha b’Av, record numbers of Jews ascended to the Mount to commemorate this holy day and seek the Messiah’s deliverance. A total of 1,263 Jews in all went up to the former site of the temple today, even though they were forbidden to pray. This did not go unnoticed by the Moslem authorities:

The Jordanian Foreign Minister Ayman al-Safadi said, “The number of extremists storming Al Aqsa reached its highest record since Israel’s 1967 conquest.” He was addressing the Islamic States’ cooperation conference in Istanbul. The Palestinian Authority earlier castigated the Jews praying at the Western Wall, the last relic of the second Temple destroyed nearly 2,000 years ago, for “desecrating the wall of Al Aqsa” in commemoration of their “imaginary temple.” [http://debka.com. Accessed 8/1/2017]

The Bible speaks of a temple that will indeed be built in Jerusalem by the Jews prior to Jesus Christ’s Second Coming (see 2 Thessalonians 2:4; Daniel 9:27; Revelation 11:1–2). However, this temple will be desecrated by the antichrist, and Jewish worship will again be forbidden on the Temple Mount for the final 3½ years before Jesus’ return.

What is the significance of all this? The events of the past 3 weeks have served to heighten interest in the temple and in the coming of Messiah among Jews like few other events ever have. Jesus will not return to earth until some seven years after the temple has been rebuilt in Jerusalem. With the increasing likelihood that the temple’s construction is imminent, we ought to be reminded that we should be ready for the return of Christ. For believers today, we know that the rapture of the church will precede the Second Coming by at least seven years. If the Second Coming looks near, how much nearer the Bridegroom’s call to His bride to come to the Father’s House!

George Gunn (PhD, Tyndale Theological Seminary) is vice president of student services and associate professor of Bible, theology, and Biblical languages at Shasta Bible College and Graduate School. This article was originally posted to Shasta’s blog and is reposted here by permission.