World News Feb. 5: The National Black Prolife Coalition has lobbied to have its Twitter account restored after the social media company yanked the group's Tweeting privileges. Read more about this and other news. 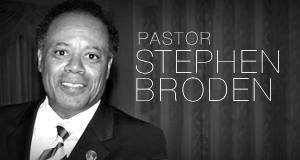 Activists with the National Black Prolife Coalition were lobbying on Friday to have their Twitter account restored after the social media company yanked their Tweeting privileges for attacking the National Association for the Advancement of Colored People online last week. The group, which is working to draw attention to what they claim is the failure of the civil rights organization to represent the best interests of the black community, say they are disappointed with Twitter’s decision and are still unclear why it was made. “It is unfortunate that they have suspended us for reasons that are not clearly articulated,” said Pastor Stephen E. Broden of the NBPLC in an interview with The Christian Post on Friday morning. “We are still trying to figure out why we were suspended,” he added. In the meantime, he said, “We are in conversations with them [Twitter] to get back online.” The last Tweet sent out was a quote by Dr. Johnny Hunter, national director of Life Education And Resource Network, who said, “Racist elitists no longer need the Ku Klux Klan to control blacks; they have Planned Parenthood. And Planned Parenthood has the NAACP on a leash.” The account was suspended shortly after that. “The NAACP’s departure from the wisdom and life affirming principles of the Bible is very alarming, and must be stopped for the safety, security, and future of our children,” said Dr. Alveda King, niece of Martin Luther King, Jr., and pro-life activist.