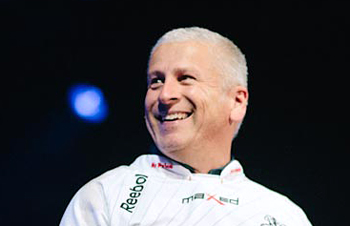 A pastor’s withdrawal from President Barack Obama’s inauguration ceremony has left Christians lamenting over what they see as a new era of religious intolerance. More specifically, anyone who holds the view that homosexuality is a sin is being forced out of the public square. Russell Moore, a Southern Baptist theologian, put it this way: “When it is now impossible for one who holds to the catholic Christian view of marriage and the gospel to pray at a public event, we now have a de facto established state church. Just as the pre-constitutional Anglican and congregational churches required a license to preach in order to exclude Baptists, the new state church requires a ‘license’ of embracing sexual liberation in all its forms.” Louie Giglio, founder of the Passion conferences and Passion City Church in Roswell, Ga., had been invited to deliver the benediction during Obama’s inauguration ceremony on Jan. 21. He accepted the invitation and told The Christian Post earlier this week that he was honored to lead the nation in prayer. But the pastor began to face criticism when the liberal blog Think Progress pointed to an “anti-gay” sermon Giglio delivered almost 20 years ago. In that sermon, Giglio affirms homosexuality as a sin, says Christians must respond to the “aggressive” homosexual agenda, and stresses that all are sinners and in need of the healing power of Jesus. Gay activists quickly labeled the pastor as a bigot and denounced his participation in the presidential inauguration. Just a day later, Giglio announced that he would pull out, saying his participation “will be dwarfed by those seeking to make their agenda the focal point of the inauguration.”