Pastor Won’t Back Down on Homosexuality

World News May 3: A California megachurch pastor who has recently come under fire for his views on homosexuality has declared that he will not be intimidated. Read more about this and other news. 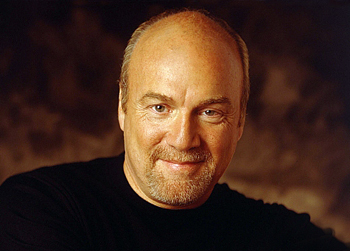 A California megachurch pastor involved in the National Day of Prayer who has recently come under fire for his views on homosexuality has declared that he will not be intimidated, The Christian Post reports. At a prayer event held Wednesday morning at the Washington, D.C., office of the Family Research Council, Pastor Greg Laurie told those gathered, “I won’t back down.” “They do not want me to pray. They describe me as ‘homophobic’ and so forth. How can you deal with such a situation? We’re in a time in our country now where I’m attacked because I believe what the Bible teaches,” said Laurie, ahead of Thursday’s National Day of Prayer. Laurie paralleled the efforts of gay rights activists to that of the palace officials who sought to stop Daniel (in the Old Testament) from praying and passed a law that resulted in him being thrown into the Lion’s den. “Here is something that we need to learn from that. The Devil does not want us to pray. It’s been said that Satan trembles when he sees the weakest saint upon his knees,” said Laurie. “I’ve had people try to stop me from praying this week. And we have these activist homosexual groups who have alerted their people to petition the Pentagon.” In recent days, LGBT organizations like the Human Rights Campaign have demanded that government officials bar Laurie from leading National Day of Prayer events in the nation’s capital this week. Not the first time gay activists have attempted to get clergy opposed to homosexuality removed from a major national event, LGBT activists in January successfully got the Rev. Louie Giglio of Passion City Church in Roswell, Ga., to withdraw from saying the closing prayer at President Barack Obama’s second inauguration. Meanwhile, WorldNetDaily reports that President Obama issued a statement endorsing the National Day of Prayer, but he excised virtually any reference to Christianity, the primary faith of the nation’s founders. In contrast, President George W. Bush’s proclamations routinely included references to Christian faith. “By surrendering our lives to our loving Father,” Bush said in his 2008 statement, “we learn to serve His eternal purposes, and we are strengthened, refreshed, and ready for all that may come.” Bush’s comments also included references to the Bible. He cited Psalm 28:7, which states, “The Lord is my strength and my shield, my heart trusts in him, and I am helped.”

Next post Men's Advance Studies 'One Anothers' of the Bible