World News May 29:A "new rainbow coalition" made up of Christian pastors and leaders gathered on Capitol Hill to support traditional marriage. Read more about this and other world news. 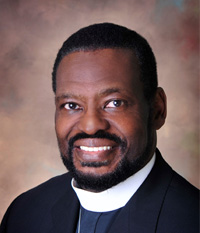 A “new rainbow coalition” made up of influential Christian pastors and leaders gathered on Capitol Hill last Thursday afternoon to declare support for the traditional definition of marriage and the Defense of Marriage Act in response to President Obama’s recent announcement that he supports same-sex marriage and Senate Majority Leader Harry Reid’s support of repealing DOMA. “We need to create a marriage culture in the church,” said organizer Bishop Harry R. Jackson. Jr., pastor of the 3,000-member Hope Christian Church in the Washington, D.C., area, to The Christian Post after the press conference, noting that congregations need to strengthen and defend marriage from the many threats against it. “I envision a pincer movement where you want to protect marriage on the one hand, and on the other hand you got to strengthen, build up, and promote it by preaching, intervention, and modeling.” The press event at the “Senate Swamp” was held after “The Defense of Marriage Summit: the Impact of Presidential Decisions on Social Institutions,” which produced the Stand for Marriage document. All the pastors and Christian leaders at the summit signed the document that states, “Marriage is intended for one man and one woman in a life-long covenant. One of the essential purposes of marriage is to carry on the human race through childbearing, another purpose of marriage is to illustrate the relationship between Christ and the Bridegroom and the Church as the Bride.” It was announced at the rally that a letter would be sent to President Obama, signed by the leaders gathered, in protest of the administration’s support for same-sex marriage. In addition to that, for Father’s Day Sunday, Jackson stated that about 100,000 churches would be called upon to read statements declaring their support for traditional marriage. Speakers at the event included Family Research Council President Tony Perkins, Skyline Wesleyan Church in San Diego’s Senior Pastor Jim Garlow, and Rock Church International in Virginia Beach, Virginia’s Bishop Anne Gimenez.