World News March 15: The archbishop of Buenos Aires, Jorge Mario Bergoglio, has been selected as the next Roman Catholic pope. Read more about this and other news. 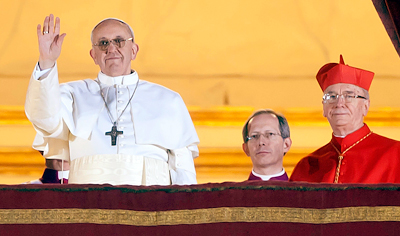 Photo courtesy of The Catholic Church (England and Wales)

The archbishop of Buenos Aires, Jorge Mario Bergoglio, has been selected as the next Roman Catholic pope, reports lifenews.com. Like his predecessors, Pope Benedict XVI and Pope John Paul II, the new pope, who will go by the name Francis, is a staunch pro-life advocate when it comes to abortion. Last year, then-Cardinal Bergoglio stated, “Abortion is never a solution. We listen, support and understanding from our place to save two lives: respect the human being small and helpless, they can take steps to preserve your life, allow birth and then be creative in the search for ways to bring it to its full development.” He once called abortion a “death sentence” for unborn children, during a 2007 speech and likening opposition to abortion to opposition to the death penalty. A document, which the new pope presented on behalf of his colleagues at the time and signed of on, said, “We should commit ourselves to ‘eucharistic coherence’, that is, we should be conscious that people cannot receive holy communion and at the same time act or speak against the commandments, in particular when abortion, euthanasia, and other serious crimes against life and family are facilitated. This responsibility applies particularly to legislators, governors, and health professionals.” The new pope is a staunch critic of politically progressive views such as same-sex marriage.