World News Jan. 22: Open Doors has confirmed the death of two Christians in North Korea. Read more about this and other news. 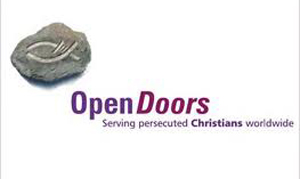 Open Doors has confirmed the death of two Christians in North Korea, reports charismanews.com. According to the ministry that serves persecuted Christians worldwide, one Christian was recently shot while he was on his way back to Bible training in China. The other died in one of North Korea’s notorious labor camps. The first Christian had traveled to China several times before. People told him he could earn more money, but after working in China for six months he still hadn’t received any money, even though he found several jobs. After awhile he met an Open Doors worker who cared for the North Korean refugee. The North Korean became interested in the Christian faith. After studying the Bible and receiving teaching, he became a believer. He eventually chose to return to North Korea. “He was very excited about his new faith and wanted to share the gospel with his family,” says an Open Doors worker. “He wanted to come back to China to study the Bible more so he could explain the Christian faith better to his family. It is heartbreaking that he was killed. I cannot stop thinking: ‘If only he had arrived a little later at the border river, the guard would not have seen and shot him. He could still be alive today.'” Another Christian recently died in a labor camp. This man also studied the Bible in China. After eight months he decided to return back to North Korea. According to Open Doors, he became a dedicated and faithful Christian. However, North Korean authorities found out about his secret faith and he was sent to prison. “We just received an update that he was dead,” said the Open Doors worker. “He was terribly tortured because of his faith. He was also forced to do heavy labor while hardly receiving any food. Before his return to North Korea, he was baptized and willing to deal with all the hardships he had to face. We never tell people to go back to North Korea, but he was happy to. We are devastated to hear about these murders. We know Christians die for their faith almost every day in North Korea, but it is still hard to deal with.”