World News Jan. 25: The head of a Messianic Jewish ministry says it's too early to know just what kind of government might emerge from Tuesday's surprise election results in Israel. Read more about this and other news. 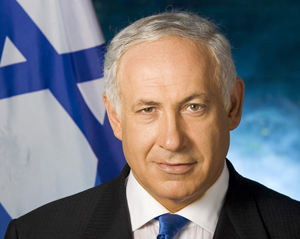 The head of a Messianic Jewish ministry says it’s too early to know just what kind of government might emerge from Tuesday’s surprise election results in Israel. Prime Minister Benjamin Netanyahu’s party got the most votes in Israel’s national election Tuesday, but a respectable showing by centrists could slow or halt a rightward swing in the government, notes cnn.com. Palestinian officials say they were pleasantly surprised by the unexpected surge of moderate parties in Tuesday’s election in Israel. But they doubt the moderates gained enough ground to challenge the hardline policies of Prime Minister Benjamin Netanyahu. Jan Markell, founder and director of Olive Tree Ministries, told OneNewsNow that the supporters of Israel are shocked. “I think the polls were wrong, because everything was a lot closer than anyone anticipated,” she suggested. “It’s going to be a prolonged process as far as actually getting down to who is going to be governing. And I think this is just a surprise to absolutely everyone.” But whatever government is ultimately formed will have to deal with some serious national security threats, “one obviously being Iran, but the other front being Syria,” Markell asserts. “They’re going to have to do something,” she continued. “That is just somewhat up in the air as we speak, because these coalitions have to be formed, and these coalitions can take weeks.” The Olive Tree Ministries founder also noted the Palestinian problem.