World News April 17: The National Organization for Marriage explains why it has endorsed Mitt Romney for president, even though his state was the first to legalize same-sex marriage. Read more about this and other world news. 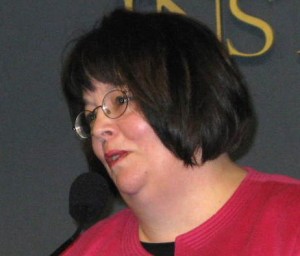 A spokesperson for the National Organization for Marriage is detailing why her group has endorsed Mitt Romney for president, even though his state—while Romney was governor—was the first to legalize same-sex marriage. The endorsement came shortly after Rick Santorum suspended his campaign last week. NOM spokesperson Maggie Gallagher told onenewsnow.com one reason her organization made this decision is because it believes it is important to see that President Obama does not get an opportunity to appoint a new Supreme Court justice. “I think it will mean ‘gay marriage’ in all 50 states,” she warned. “It’ll be the Roe v. Wade of our generation if that happens. And for this and for other reasons, we decided that now that it’s clear who will be the GOP nominee, we needed to start putting our oars in and helping elect him.” Gallagher said that President Obama has undercut marriage at every chance he has been given. For example, he has refused to defend the federal Defense of Marriage Act. As for the former Massachusetts governor’s role in making that state the first to legalize gay marriage, Gallagher asserts he is not responsible—the state Supreme Court passed the ball to the Massachusetts legislature to legalize it. In other news, the selection of Beth Myers, longtime advisor to Mitt Romney, to head the vice-presidential search is said to be a bit of a slap in the face to pro-abortion President Barack Obama and top pro-abortion Democrats who have been accusing Republicans of engaging in a so-called war on women by opposing Obama’s mandate forcing religious groups to pay for birth control and abortion-causing drugs. The list of potential running mates for Romney includes a plethora of pro-life advocates said to be sure to please pro-life voters who are looking for a solid pro-life ticket to challenge Obama and his lengthy pro-abortion record. At the top of the list, reports lifenews.com, is pro-life Florida Sen. Marco Rubio. Romney told ABC Rubio is “one of the terrific leaders” of the Republican Party. Romney would not say if he is on the short list.