World News April 9: Soldiers in the U.S. military have been told in a training briefing that evangelical Christians are the No. 1 extremist threat to America. Read more about this and other news. 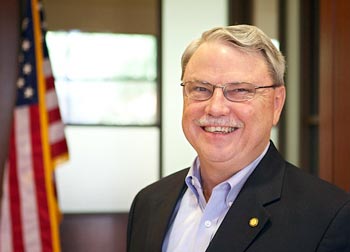 Soldiers in the U.S. military have been told in a training briefing that evangelical Christians are the No. 1 extremist threat to America—ahead of groups like the Muslim Brotherhood, KKK, Nation of Islam, al-Qaida, Hamas, and others, WorldNetDaily reports. “Men and women of faith who have served the Army faithfully for centuries shouldn’t be likened to those who have regularly threatened the peace and security of the United States,” said Col. (Ret.) Ron Crews, executive director of the Chaplain Alliance for Religious Liberty. “It is dishonorable for any U.S. military entity to allow this type of wrongheaded characterization. It also appears that some military entities are using definitions of ‘hate’ and ‘extreme’ from the lists of anti-Christian political organizations. That violates the apolitical stance appropriate for the military.” The briefing, which was given to an Army reserve unit in Pennsylvania, came from a U.S. Army Reserve Equal Opportunity training brief titled “Extremism and Extremist Organizations.” The material mentions neo-Nazis, the KKK, and other white supremacist organizations. Pictures are shown on various slides of people in Klan attire and Nazi flags. The significance of gang tattoos, racist acronyms, and the significance of numbers were also discussed. While the material on gangs and racist organizations is similar to what one might receive from a local police briefing on gang issues, after teaching on neo-Nazis in the military such as Timothy McVeigh, the material makes an amazing link. A slide titled “Religious Extremism” lists multiple organizations such as the Muslim Brotherhood, al-Qaida, Hamas, the Nation of Islam, the Ku Klux Klan, and the Christian Identity movement as examples of extremist groups. However, the first group on the list is evangelical Christianity. Catholicism and ultra-orthodox Judaism are also on the list of religious extremist organizations. Following the briefing, one of the soldiers who attended the presentation and describes himself as an evangelical told the trainer he was offended at the material and asked for a copy of the briefing. After receiving a copy, he forwarded the material to Crews. The material describes religious extremism as those having beliefs, attitudes, feelings, or actions that are “far removed from the ordinary.” It then elaborates by saying that “every religion has some followers that believe that their beliefs, customs and traditions are the only ‘right way’ and that all others practicing their faith the ‘wrong way.’” Crews said it is astounding that soldiers were taught that a key foundation of the Christian faith is now considered extreme and compared to those who want to implement Shariah law. “The idea of salvation being exclusively through Christ is a key doctrine of the Christian faith,” Crews said. “It is amazing that the trainer felt they had the authority and right to list evangelical Christian, Catholics, and orthodox Jews alongside groups like the Muslim Brotherhood.”