World News April 23: Congress is now far more aware of the Kermit Gosnell story, the abortionist on trial for murder in Philadelphia. Read more about this and other news. 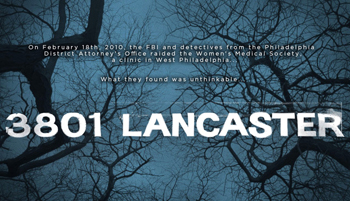 Congress is now far more aware of the Kermit Gosnell story, the abortionist on trial for murder in Philadelphia, and some members on Capitol Hill are none too happy with media coverage of the atrocities of which he is accused, instantanalysis.net reports. The Susan B. Anthony List and Pennsylvania Family Institute teamed up for a showing of the film 3801 Lancaster before members of Congress and their staff. The documentary details the filthy conditions of Gosnell’s abortion clinic with interviews with some of the victims. Mallory Quigley of Susan B. Anthony List told American Family News the showing had an impact. “As our president Marjorie Dannenfelser said, this really fuels the flames of our efforts on the Hill to see babies protected, especially past the point at which they can feel pain,” Quigley shares. “So it was a really good opportunity to get the staffers at the federal level aware of this situation in Philadelphia—and we hope to see some legislation move forward.” Along with that, 72 members of Congress have signed onto a letter by Congresswoman Marsha Blackburn (R-Tennessee) and Congressman Steve Scalise (R-Louisiana) demanding that the media pay more attention to the Gosnell trial, coverage of which has been largely absent. Accompanying the letters to ABC, CBS, and NBC, Blackburn released this statement: “The broadcasters’ blackout of the Planned Parenthood infanticide lobbying scandal and the Gosnell ‘House of Horrors’ murder trial are the biggest and most politically-motivated media cover-ups in our nation’s history. Censorship and media bias allows the corrupt abortion industry to profit at the expense of innocent women and children. The mainstream media has a responsibility to report the truth, not turn a blind eye to the biggest civil rights issue of our time.” Quigley acknowledges that media presence at the trial in Philadelphia has increased. “But still, some of the mainstream outlets—including CBS and NBC—have really been lacking in their coverage,” she explained. “So we’re grateful to Marsha Blackburn and her colleagues on Capitol Hill for continuing to push for more media coverage on this.” Gosnell is on trial on murder charges in the death of an abortion patient, and the deaths of seven babies born alive but killed when the abortionist used scissors to sever their spines at the neck.