World News March 2: A state lawmaker is proposing to allow nurse practitioners, physician assistants, and nurse midwives to perform abortions as a way of expanding access to the procedure across California. Read more about this and other world news. 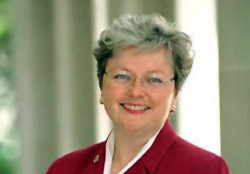 A state lawmaker is proposing to allow nurse practitioners, physician assistants, and nurse midwives to perform routine abortions in the first trimester of pregnancy as a way of expanding access to the procedure across California, reports latimes.com. Only doctors may perform aspiration abortions, the most common method of terminating early pregnancies, under existing state law. But many parts of California, particularly rural areas, do not have enough of those physicians, said state Sen. Christine Kehoe (D-San Diego), author of the proposal, which is cosponsored by the heads of both legislative houses. “We believe it will give many California women access to earlier, safer procedures in the first trimester of their pregnancy,” Kehoe said at a news conference in Sacramento on Tuesday. Abortion rights proponents celebrated Kehoe’s measure as one that bucks the national trend of restricting access to the procedure. The Alan Guttmacher Institute, which tracks reproductive health issues, found that legislators across the country proposed a record number of laws limiting abortion last year and that 135 became law. “I think this is another situation where California is a pioneer,” said Margaret Crosby, an attorney with the American Civil Liberties Union of Northern California. But Camille Giglio, a lobbyist for the anti-abortion group California Right to Life, expressed disgust that the state would cast itself as a leader on abortion access. “This is the first step down the road to making it appear like it’s a simple, drive-by, 15-minute diversion,” she said.