World News Oct. 23: A 23-year military intelligence veteran is casting strong suspicion on weekend statements from Barack Obama's re-election campaign that talks with Iran are imminent. Read more about this and other news. 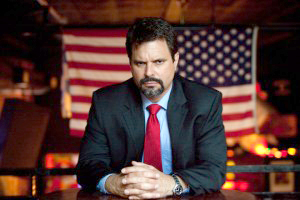 A 23-year military intelligence veteran is casting strong suspicion on weekend statements from Barack Obama’s re-election campaign that talks with Iran are imminent. In advance of Monday evening’s final presidential debate, President Obama’s senior campaign adviser David Axelrod made the rounds of the Sunday morning news programs. Axelrod backtracked on statements he made earlier in the week that talks with Iran were planned. “The president has traveled the world forming a coalition that has permitted us to escalate sanctions on Iran. When he came into office, the U.S. was isolated on this issue, and now the world is with us,” Axelrod responded on Meet the Press when asked about Iran’s nuclear ambitions. “We’ve brought Iran’s economy to its knees. The sanctions are working.” Some commentators contend that Axelrod’s earlier statements concerning possible dealings between the White House and Iran are nothing more than “political theater.” With the third debate between Obama and Governor Mitt Romney slated to focus on foreign policy, Frank Wuco—retired naval intelligence officer and host of the Frank Wuco Show—says Iranian officials have denied such a claim. “I think it’s garbage,” Wuco told OneNewsNow. “I think it’s Axelrod contriving a foreign policy event that doesn’t exist.” The most recent Gallup daily tracking poll of likely voters has Romney leading Obama by seven points—52 percent to 45 percent. Wuco said those numbers undoubtedly have Obama’s campaign scrambling to reverse the trend, even to concocting the notion of negotiations with Iran about its nuclear program. “If those [poll] numbers are correct, there is no way that Obama can re-trend . . . so that Romney goes below 50 [or] 51 percent and Obama goes above it,” he offers. “It would take something that probably isn’t going to happen.”

Next post Cal Thomas on the Future of Christian Schools