World News Jan. 1: Hobby Lobby will defy the Obamacare mandate that health insurance for its employees cover “abortion-inducing drugs.” Read more about this and other news. 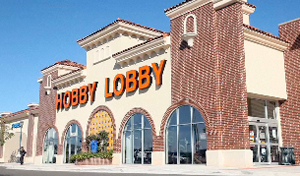 Hobby Lobby, the Christian-owned company that provides hobby, art, and craft supplies to tens of millions of customers across America, will defy the Obamacare mandate that health insurance for its employees cover “abortion-inducing drugs,” reports WorldNetDaily. The confirmation is from a statement released by an attorney, Kyle Duncan, who said, “The company will continue to provide health insurance to all qualified employees. To remain true to their faith, it is not their intention, as a company, to pay for abortion-inducing drugs.” The conflict is the latest firefight in the battle against Obama’s mandate that employers pay for abortifacients no matter their religious beliefs. The administration has argued in many of the dozens of lawsuits that have erupted over the conflict that religious people who own corporations must give up their rights to religious freedom. Hobby Lobby’s case against the mandate remains pending in a lower court, but the statement from the attorney, who is with the Becket Fund, was released after an emergency appeal to the U.S. Supreme Court was rejected. Officials estimate the company could face $1.3 million in daily fines for refusing to pay for abortifacients as Obama demands. Sonya Sotomayor, who responds to emergency actions to the Supreme Court from the 10th U.S. Circuit Court of Appeals, simply told the company that officials could pay up for the abortifacients or face crushing penalties while its case continues in the lower courts. Duncan’s statement confirmed those appeal efforts will continue. “The Supreme Court merely decided not to get involved in the case at this time. It left open the possibility of review after their appeal is completed in the 10th Circuit,” he wrote. Sotomayor wrote in her rejection of the appeal for recognition of the Constitution’s requirement for freedom of religion that the company didn’t meet the legal standard for blocking enforcement of the Obama demand. Dozens of lawsuits have been filed on behalf of Christian business owners, religious colleges, and others. Several judges, including those at one appellate bench, have ordered the government not to enforce the mandate for now.